Arsenal legend Paul Merson believes Teemu Pukki is capable of contributing 20 to 25 league goals for Norwich City with their style of play. The Finland international has already scored on four occasions from just two matches and that includes a stunning hat-trick during the 3-0 triumph over Newcastle United last weekend. 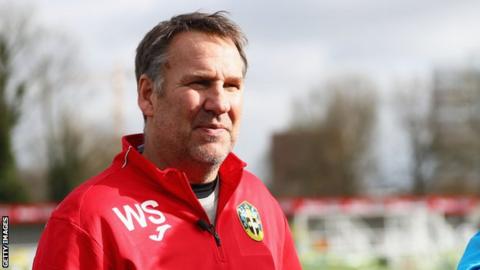 Speaking on Sky Sports, Merson appreciated the movement of the former Brondby star and said that he is going to score more goals with the attacking-minded formation of the Canaries. He added that the Finnish forward is capable of at least contributing 20 goals through the top-flight season and he would be surprised, if Norwich are to drop to the Championship next term.
He said: “I watched him play against Liverpool and I thought: He is going to score goals. His movement is absolutely different class. The way they play – attack, attack, attack – he will score goals. And I will now be shocked if they do not stay up. The reason I say that is because he will score 20-25 goals and how many teams have ever gone down with a player who scored that many goals?”

Pukki is currently at the top of the Golden Boot race with Manchester City’s Raheem Sterling with four goals, but he could have quite easily scored a few more with better finishing. Nonetheless, the Canaries will gladly appreciate the efforts of the experienced striker, who has taken the Premier League by storm with the early flourish.

For the upcoming weekend, the Canaries are scheduled to tackle Chelsea in their homeground and they should pose a threat for the west London giants. Though the Blues have the better calibre of players within their ranks, their defensive play has been a concern during the first few games under new boss Frank Lampard.