Stoke City manager Nathan Jones has said that the remaining games for the season won’t be a dress rehearsal and he wants the team to end the campaign on a high. The Potters are currently in mid-table with a 12-point gap to the playoffs and this has spread suggestions that they could see out the campaign as a formality. 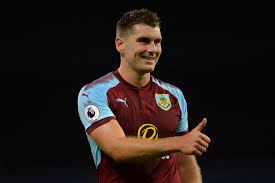 However, speaking to reporters, Jones has stressed that this won’t be the case and he wants the squad to build up a positive momentum starting from the backend of the current campaign, he said: “At no point will we be just looking for next season. We want to win as many games as we can and see where we can go.

“Yes, we would like to win 12 games – if we win 12 games, who knows what happens. Eleven, 10… again, who knows what happens. What we have to do is be as positive as we can. If we win a certain amount of games it gives us momentum, even if it’s not quite achieving anything this year. We will go into pre-season with a real positive mood ready for a real push next year.”

Jones was brought forward to enhance their promotions hopes at the turn of the year but that has not worked out with just one victory from the eight league matches thereafter. As such, they are currently lying at the bottom end of the table in 18th but they don’t have any threat of relegation, given they hold a comfortable 11-point advantage over the bottom three.

Nonetheless, they can’t take things for granted between now and the end of the season, and Jones will be hoping that the team can build a winning run which has been lacking. Another concern has been the goals which have dried up during the backend of the season and it will be interesting to see whether Sam Vokes can find the consistency upfront after the winter switch.