Derby County manager Frank Lampard has said that the team have to find a way to cease the recent winless streak in the Championship. The Rams have managed just one point from the past three league matches and this has dropped them outside of the top six with another 12 games remaining for the season. 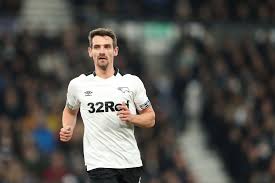 Speaking to reporters, Lampard acknowledged that the team’s performance has dipped from the first half of the season but suggested that every side experiences the same at some point in the Championship. He added that his team have been affected with injuries to key players while they have played more matches than any Championship side across all competitions.

He told: “Form has dipped and I have been very open with the players how I feel about that. We know we are slightly out of form, and when you are it is very difficult to win games in the Championship but there will not be a team in the Championship that doesn’t have a dip. I think we were very fortunate in the first half of the season that we had a pretty strong season.”

Derby have been hampered with crucial injuries at the heart of the midfield this year and they are currently without Mason Mount, Tom Lawrence and Craig Bryson, who were instrumental towards their progress during the first half of the campaign. Elsewhere, loanee Andy Gray has also suffered a serious ankle injury and Lampard has recently confirmed that he has been sidelined for the rest of the season.

As such, the east Midlands outfit have not had much luck in terms of the injuries but they still need to reverse their fortunes in order to make the push for the playoffs. Derby are currently two points behind sixth-placed Bristol City. They are scheduled to face Aston Villa on the road during the weekend’s league fixture.