Liverpool talent Oakley Cannonier has been spotted in training with the senior ranks ahead of this weekend’s game against Tottenham. The young gem has been a revelation this season taking the Under-18 Premier League by storm. Cannonier signed from Leeds United and they must be seriously regretting letting him make the switch to Anfield in 2020. 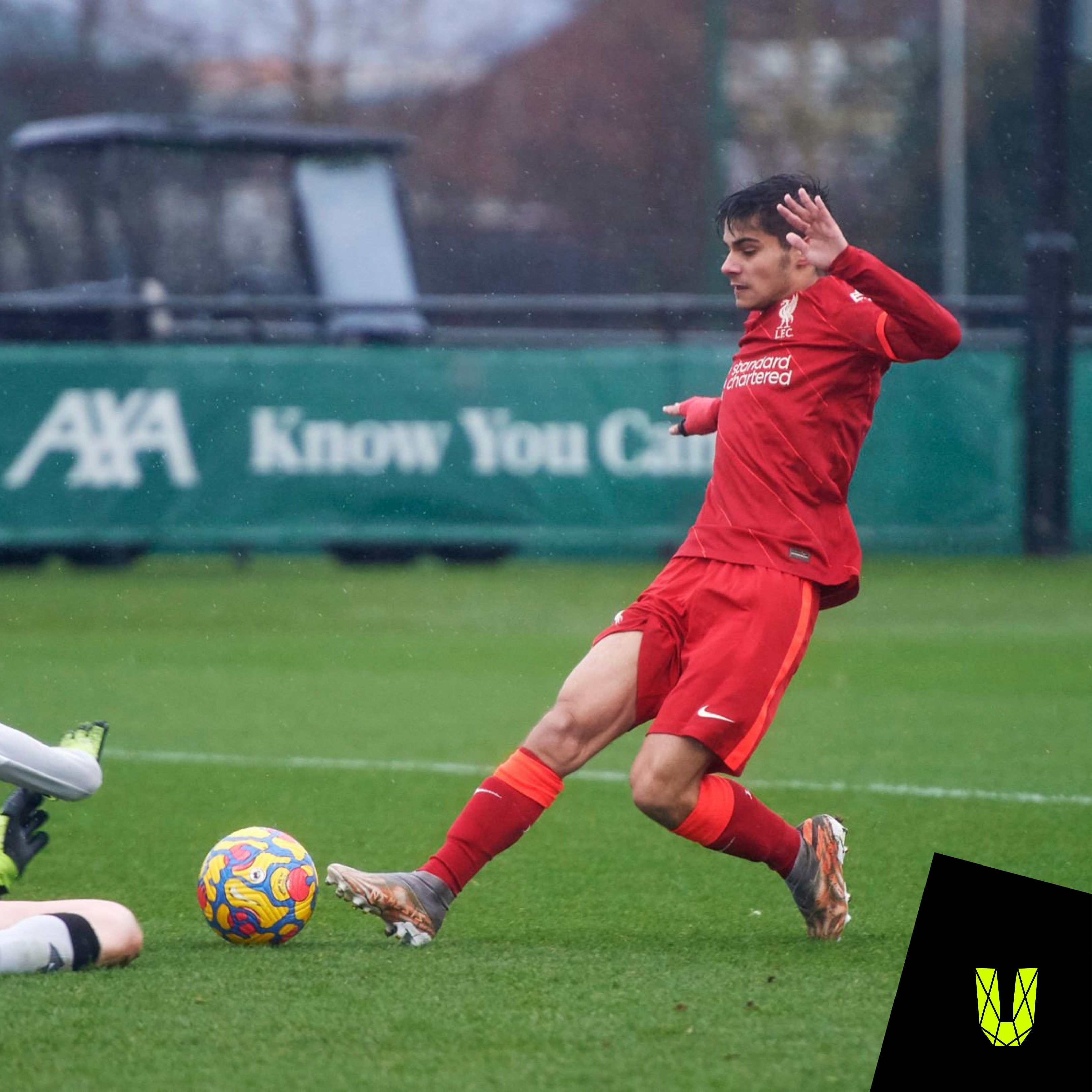 The striker has scored 24 goals this season, averaging a goal every 100 minutes having played 34 games for the young Liverpool ranks.

At 17-years-old the future looks seriously bright for Cannonier and now Jurgen Klopp is keen to take a closer look. Cannonier operates as a centre forward and naturally, Liverpool try to utilise the same style of football across their teams. That, in theory, makes the transition from youth team to first-team seamless and the youngster would relish a chance to shine under Klopp.

With Liverpool fighting on three fronts, it’s unlikely that the youngster will be starting a game any time soon. There could be scope, however, for him to stake a claim for a place on the bench and from there who knows what might happen.

Cannonier spotted in training and the future looks bright at Liverpool

Cannonier will hope to be more Michael Owen and less Bobby Duncan as he bids to make the grade at Anfield. Liverpool have traditionally produced some cracking players through their academy and Cannonier is certainly in the one to watch category.

The striker has been brilliant during 2021/22. He has scored goals for fun and showcased a really lethal touch in the penalty area.

Liverpool boast a plethora of talent in attack. Mohamed Salah, Sadio Mane, Roberto Firmino, Diogo Jota and Luis Diaz are all scrapping it out for three places.