Tottenham host Brighton on Saturday with a great chance of piling yet more pressure on Arsenal in the battle for the top four. With Mikel Arteta’s side in action later in the day, a Spurs win would take them six points clear of their bitter rivals amid their miserable run of form of late. 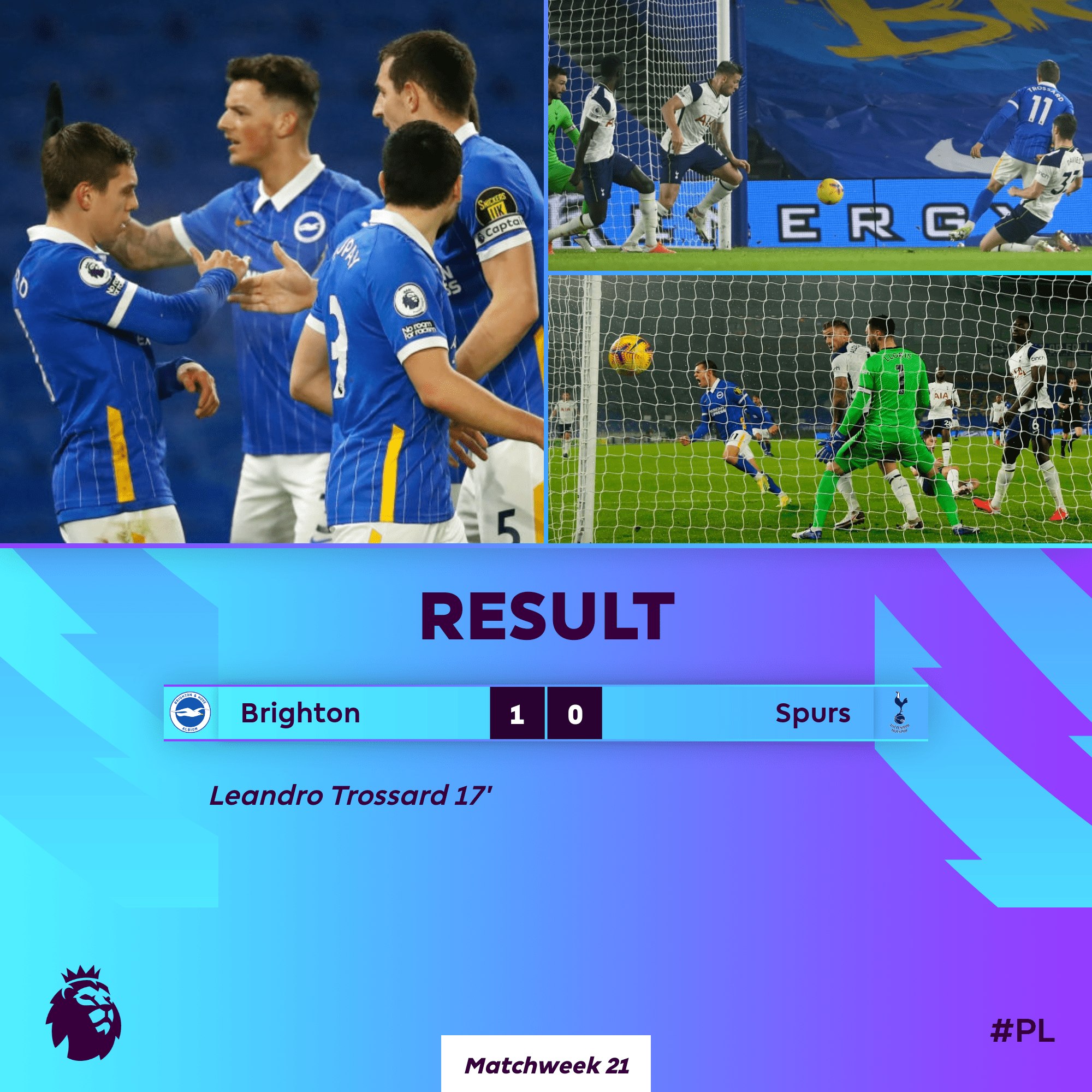 Indeed, it was Brighton who did Tottenham a favour last week after emerging victorious at the Emirates Stadium, ending their own bad time of things in the process. Spurs, however, will feel more than confident of claiming another valuable three points. Boasting one of the most prolific front threes in Europe as things stand, only title-chasing Liverpool are in better form over the last six games.

Here’s everything you need to know about the game…

Spurs suffered a huge blow following their win over Aston Villa last week with Matt Doherty – who has established himself as a key player under Antonio Conte – ruled out of the rest of the season.

They are, however, hopeful Conte will be at the ground as normal despite testing positive for Covid-19.

Brighton, meanwhile, have no fresh injury concerns and could even welcome influential defender Adam Webster back into the starting lineup after he was named on the bench for the win at Arsenal.

It’s just too difficult to look past this Spurs attack. In fine fettle since the start of March, they should have enough to blow Brighton away.

Tottenham would need to be at their very best because it’s a crucial game that might impact their chances of finishing in the top four.