Manchester City attacker RiyadMahrez has been in red-hot form during the latest set of Qatar 2022 FIFA World Cup qualifiers in the Confederation of Africa (CAF) section. The African qualifiers for next year’s FIFA World Cup tournament is at the second round stage and Manchester City star Mahrez has been one of the stars for African champions Algeria. 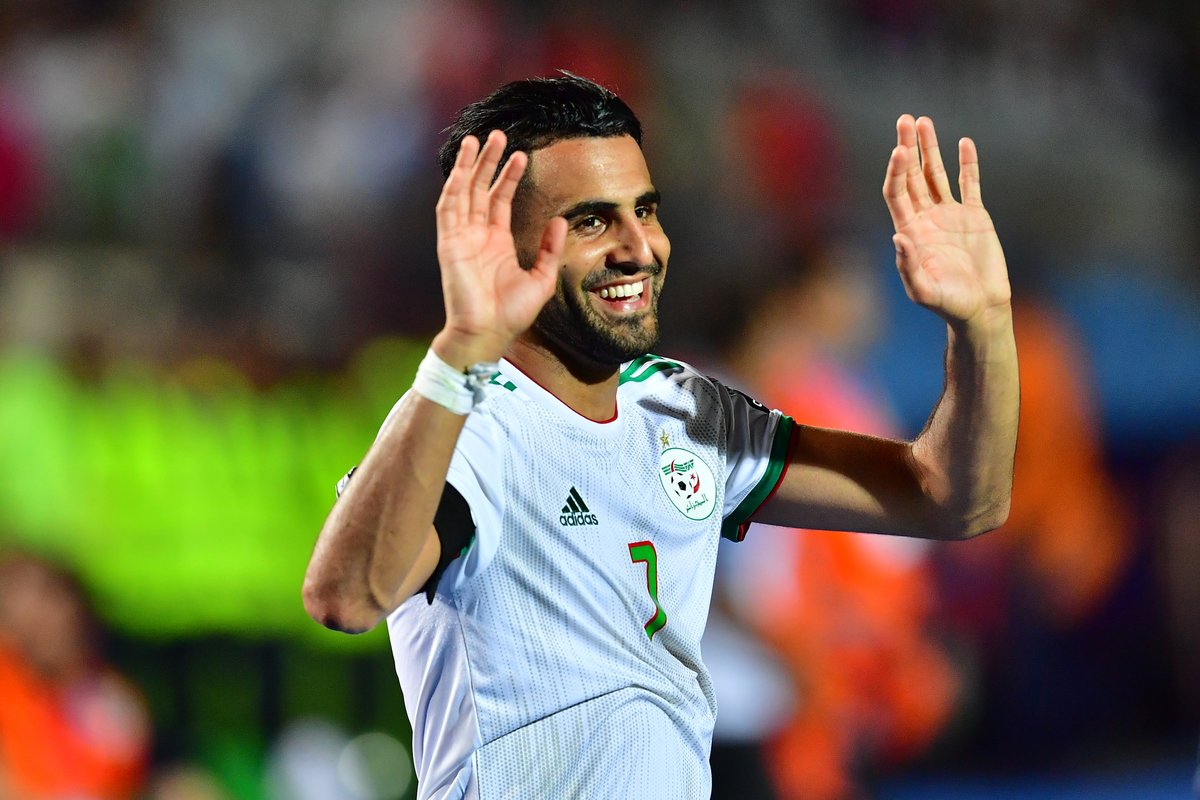 Mahrez found the back of the net three times in two World Cup qualifying matches against Niger Republic as the Desert Foxes of Algeria moved closer to securing a place in the third round of the African qualifiers. The Manchester City winger scored the first goal of the game on 27 minutes as Algeria established a 1-0 lead at the break.


African champions Algeria ran riot in the second half with five goals to thrash the Nigeriens 6-1 thereby sealing their place as the top team in Group A. YoussoufOumarou put through his own net for the second Algeria goal two minutes after restart before Niger Republic halved the deficit three minutes later through Daniel Sosah.

Manchester City attacker Mahrez scored the second of his brace on the hour mark via a spot kick and the Algerians extended their lead to 4-1 on 70 minutes courtesy an own goal from ZakariaSouleymane thus paving the way for Lyon striker Islam Slimani to score two goals in eight minutes to seal the dominant home win over Niger Republic.

In the second game between the two teams, Mahrez scored the first of four goals as Algeria sealed a 4-0 away win. The Algerians scored two goals in each half on the way to an emphatic victory. RiyadMahrez and AissaMandi scored for the African champions in the first half, while AC Milan midfielder Ismael Bennacer and Baghdad Bounedjah were on target for Algeria in the second half.